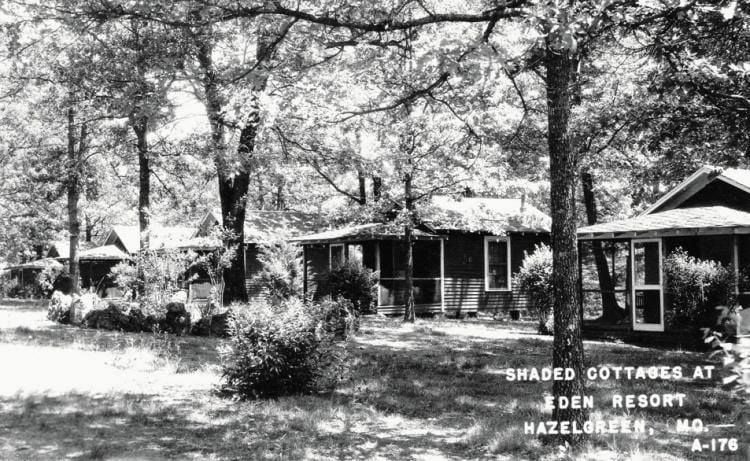 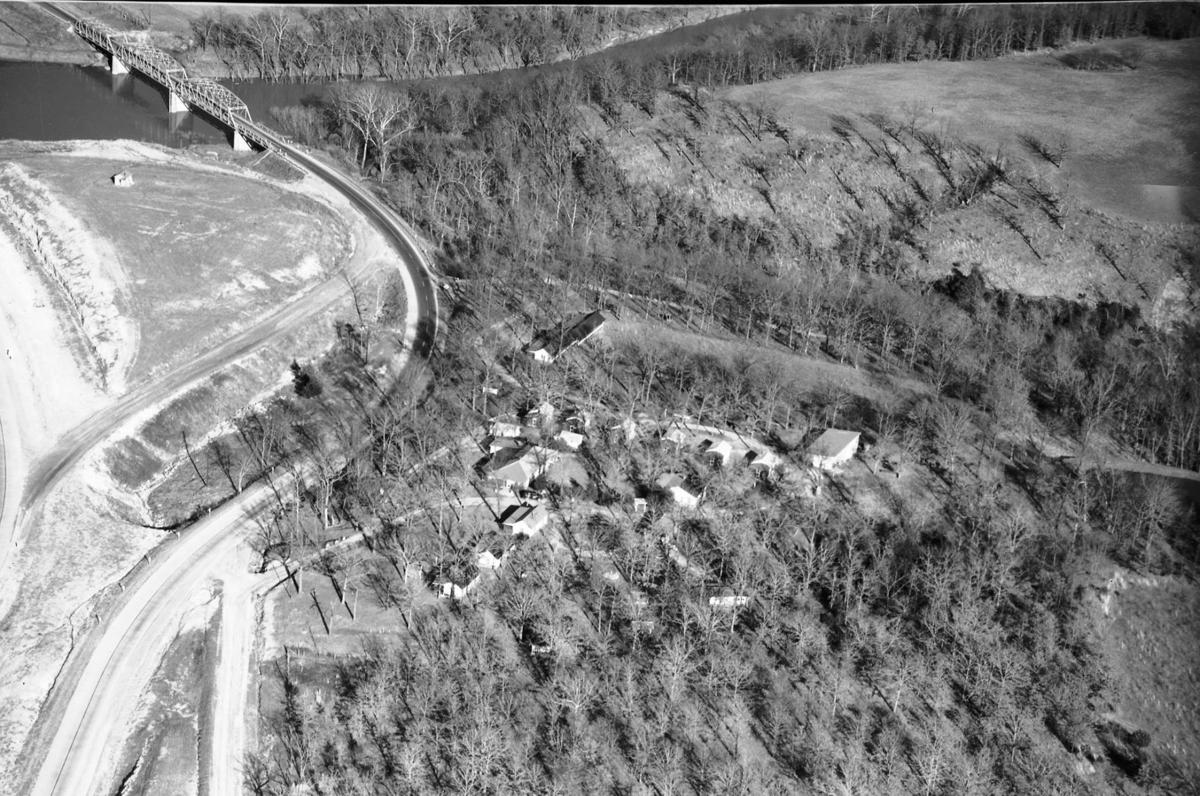 Joe Jeter of Lebanon reminisced about Eden Resort and the Gasconade River Bridge after reading the "Eden was Paradise on the Highway" article that was reprinted in the Volume 27, Number 4, 2017, Show Me Route 66 Magazine. The article originally was published September 2002 in The Lebanon Daily Record's special section for the Lebanon Route 66 Festival. It also can be read by clicking here.

I grew up 3/4 mile west of Eden on Route 66, which is now on the north side of Interstate 44. After college, I moved to the St. Louis area, employed by McDonnell Aircraft. Taking early retirement in 1996, my wife and I returned to this farm, which was settled in 1853 by my great-great-grandparents (a Missouri Century Farm . . . plus 65 years).

In my young teens, early 1950s, I was employed on an as-needed basis by Helen Dickinson of Eden. I did everything one could imagine that would crop up at a fishing resort -- loading/unloading jon boats, removing tree debris from the Osage Fork waterway, raking leaves, minor work around the cabins and removing dead animals from under the office/kitchen/dining complex. Helen was my boss.

On occasion, the Hazelgreen Methodist Church held Easter Sonrise Services on Eden's grounds overlooking the Gasconade River, then had breakfast in the large dinning room.

After I-44 was completed and much of Eden's business was impacted, they started a sideline of purchasing merchandise from dry-goods businesses that had sustained fire/water damage. I drove Helen to Malvern, Arkansas, once for her to inventory goods that would be brought back and placed in their Lebanon store. I believe it was on Madison, west of Commercial. I was employed there until a young girl, and I apparently wasted too much of the store's time and we were both fired. End of my work relationship with Helen Dickinson.

Now the Hazelgreen Bridge: I had a minor job of reading and recording the river depth of the Gasconade for the USGS. During the school year, I would be dropped off my school bus near the bridge and I would walk out to the lock box housing the recording equipment. I would drop a plumb line from the box, and once it touched water, record its depth. (currently, there is a solar-powered set of instruments on the opposite railing that records Gage Height, Water Discharge and Precipitation and reports it over a website).

The benefit of this “high paying job with benefits” was that 66 at this time was THE U.S. 66! I encountered cars and trucks coming both ways, prompting my hugging the rails. I’m sure you have walked out on this bridge and can confirm it is narrow! Since I was in my early teens, i doubt many parents would allow their children to do this today. I wouldn't . . . but this was a different time . . . the 50's . . .a great period to experience life.

My other story of the bridge was in 1950. We were temporarily living on SR133 near Hazelgreen while my parents were building a new home on the farm. My father had helped in the construction of Producers Creamery and later was employed in the creamery's power plant. Coming home near midnight from working a late shift, he was passed on eastbound 66 near the bridge by an empty car-carrier truck going at a high rate of speed. It hit the bridge at such impact that the motor tore out and traveled down the bridge. The driver was ejected thru the windshield, through the north railing, missing the structure, and down into the Gasconade. My dad was just behind the truck and quickly behind him was a state trooper. They ran to the wreckage and, discovering a missing driver, deduced that he must be in the river. They found him . . . alive. He recovered, which was amazing enough, without even considering that the river is relatively shallow at the bridge.

Those are my stories – and I'm sticking to them.

Are you attending the 2019 Lebanon Route 66 Festival?