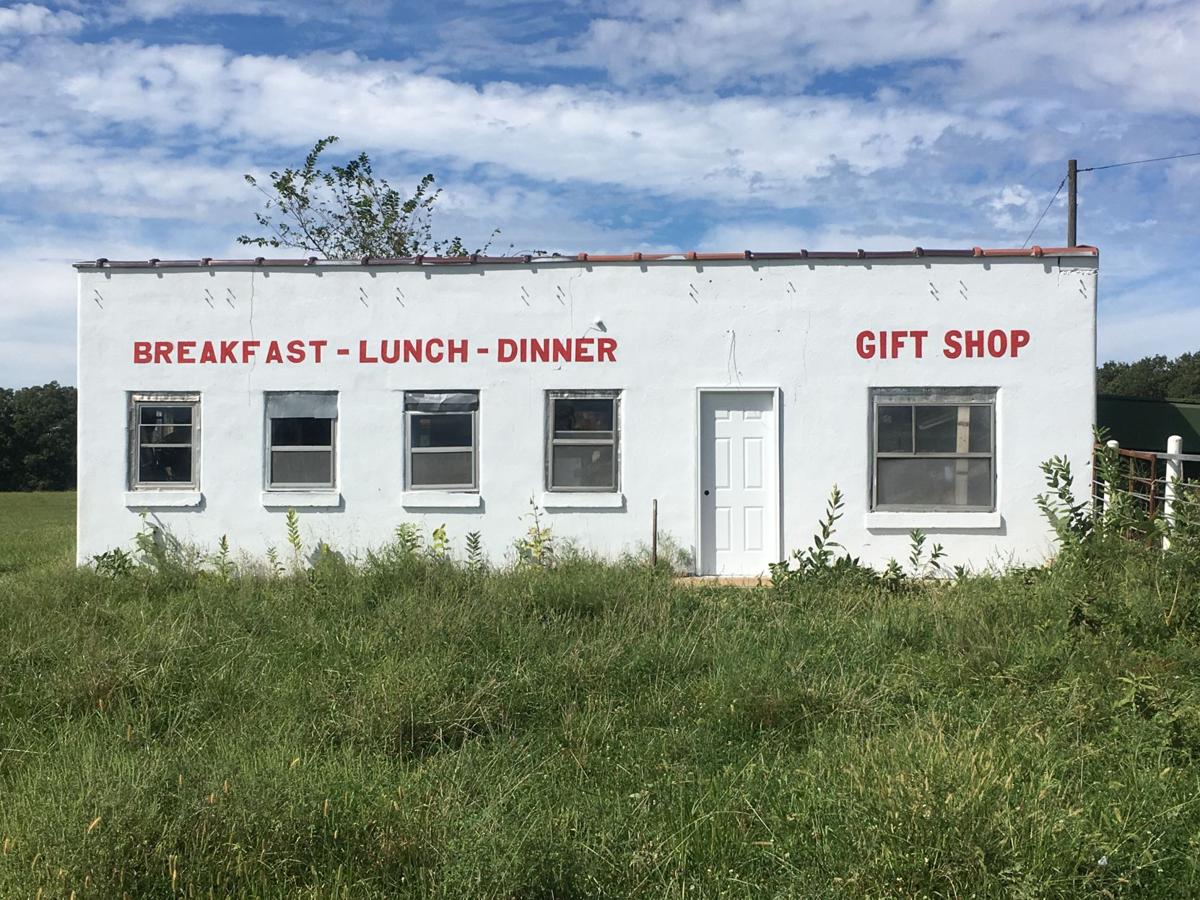 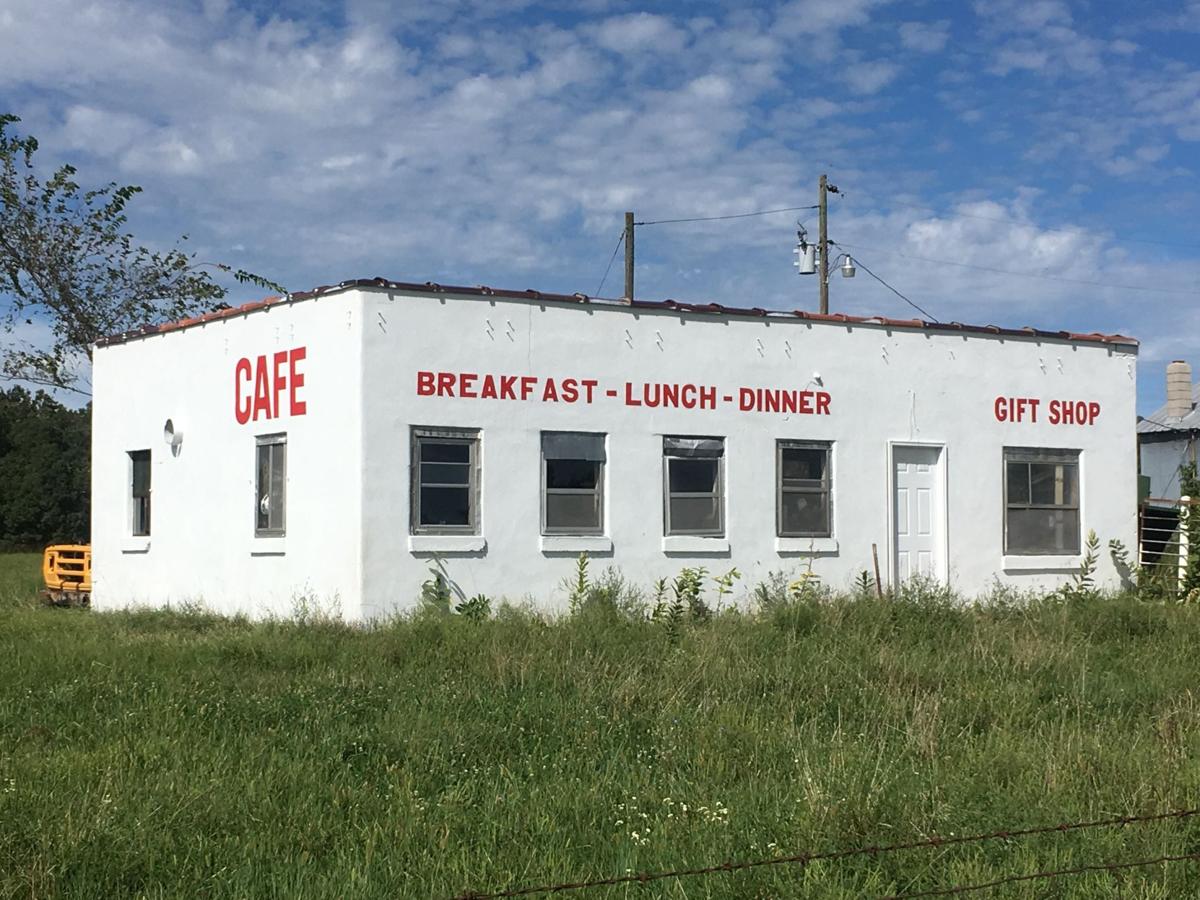 Now Route 66 travelers will know that the Underpass Cafe served breakfast, lunch and dinner and also had a gift shop.

Young Signs of Lebanon completed the first coat of hand-painted, red lettering Friday on the long-closed Route 66 restaurant at Phillipsburg. The cafe’s exterior is being restored by the Lebanon-Laclede County Route 66 Society.

The building sits just west of the Frisco Railroad bridge on the property of Gary McMillan, who has given his blessing to the restoration and helped with it financially.

Young shared some history about the original lettering, noting that it was painted by three different painters.

“Every painter has a distinctive style easily recognized by those in the trade,” she explained.

The original “BREAKFAST,” “LUNCH” and “DINNER” letters were painted by Jack England of Lebanon. “He traveled with a motorcycle (with a) side car during the depression,” Young said, adding that she has England’s original sign-painter’s box at her shop.

The “GIFT SHOP” was painted last by Steve Sullivan of Lebanon. “The ‘CAFE’ was probably painted by the owners or a friend. Not someone who did it on a regular basis,” she said.

“I struggled to keep this as a restoration and not put my style in the finished sign.”

Young said the brushes used by sign painters of the earlier era generally were handmade of ox ear hair. The original paint was a lead-based powder mixed in linseed-oil suspension. Later, lettering enamel was premixed.

As for the history of the cafe, Joe Sonderman’s “Route 66 in the Missouri Ozarks” says: “In 1941, O.E. Carter and Ed Lawson erected a prefabricated gas station west of the Frisco Railroad overpass known as ‘the Subway.’ Many truckers had to let the air out of their tires or detour around the 13-foot-5-inch bridge.” Westbound truckers then stopped at the station to reflll their tires.

Sonderman wrote that in 1950, Carter and Lawson added a cafe building and moved their operations there from Lebanon. The cafe, which included a small gift shop, and station closed sometime after four-lane New Route 66 – now Interstate 44 – opened in 1957.