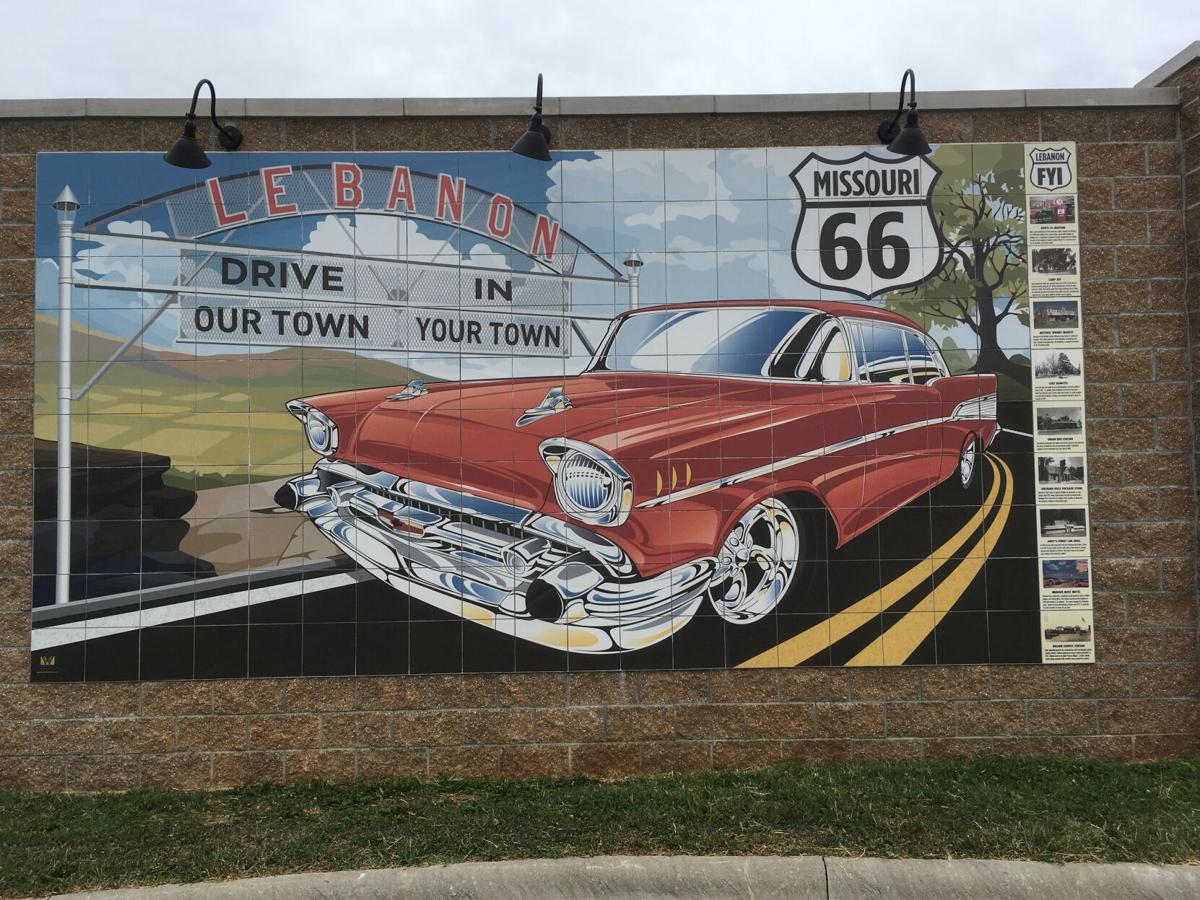 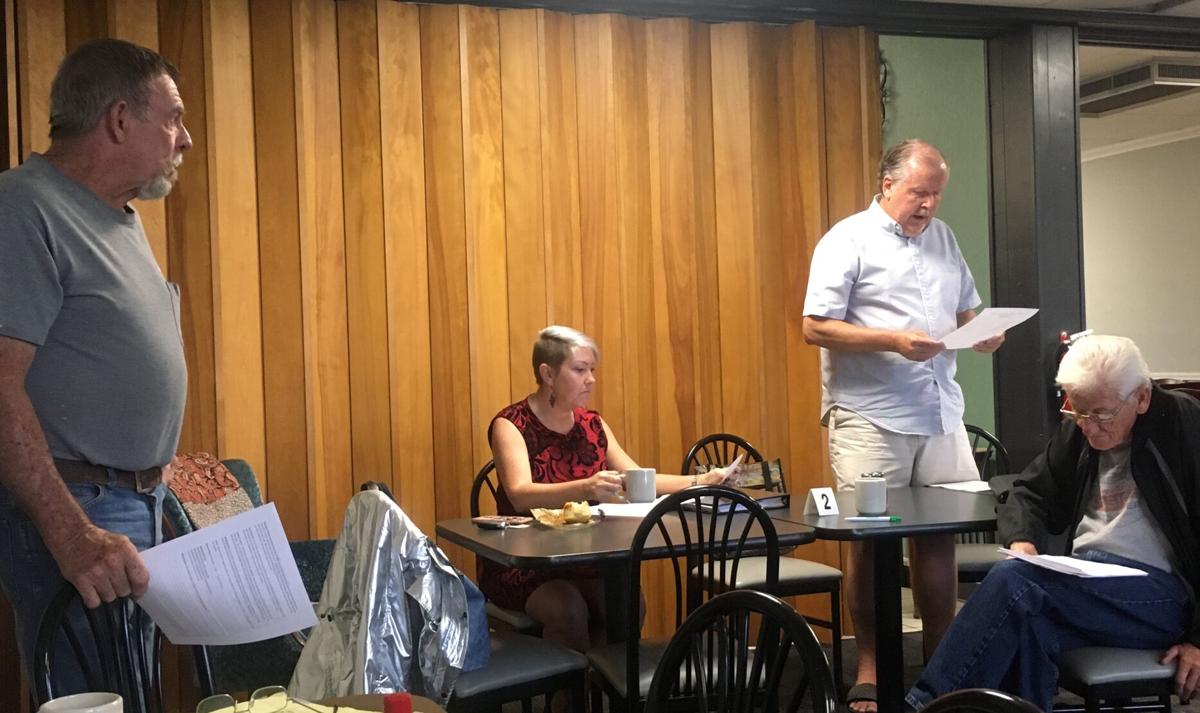 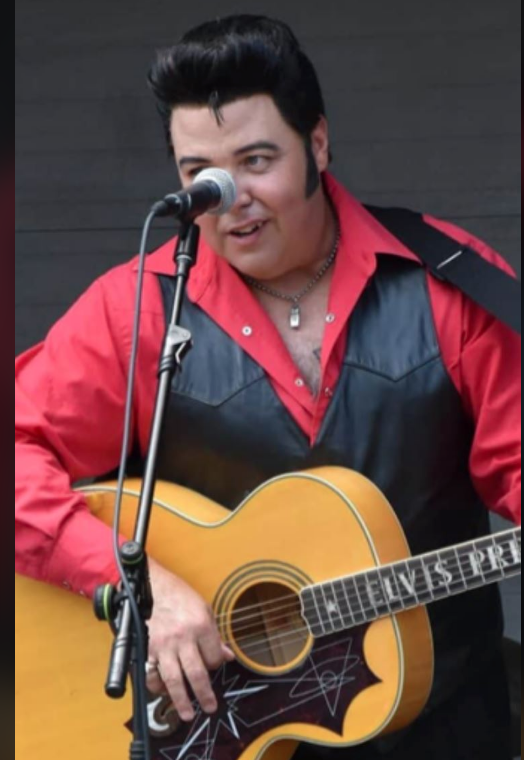 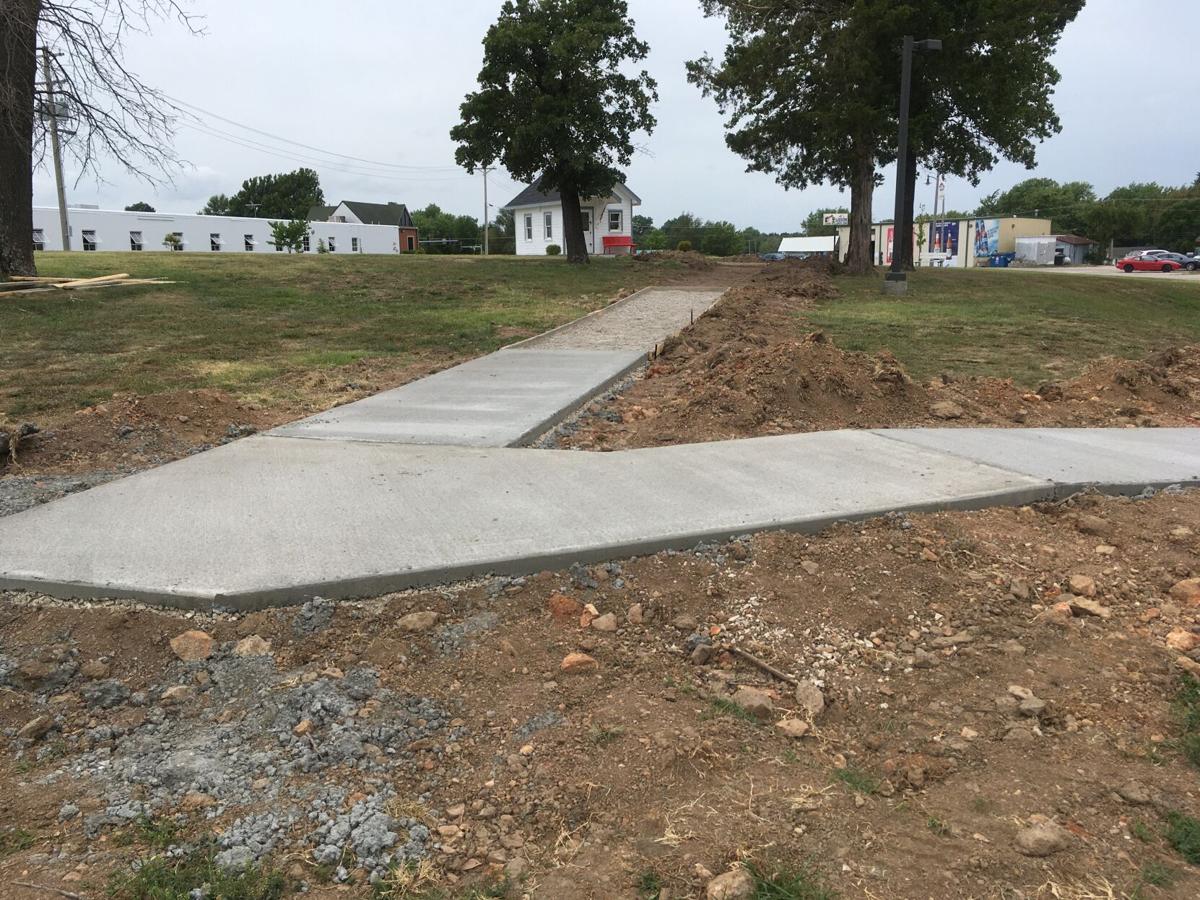 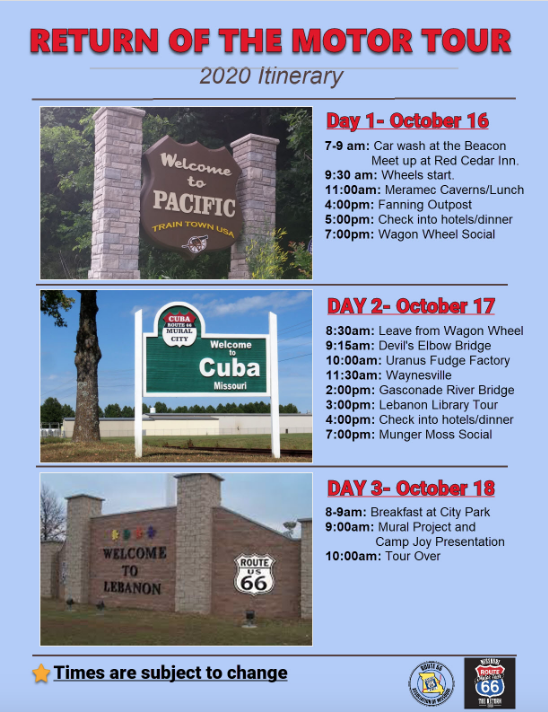 The Route 66 Motor Tour is coming to Lebanon, and the Lebanon-Laclede County Route 66 Society plans to roll out the red carpet.

“It seems like it’s moving right along,” Secretary Cathy Dame told Route 66 officers, board members and guests at Tuesday’s monthly board meeting.

The theme of the three-day rolling car cruise, presented by the Route 66 Association of Missouri, is the “Return of the Missouri Route 66 Motor Tour,” so named because it wasn’t held last year after 29 annual tours. It will begin Oct. 16, a Friday, in Pacific with first-day stops at Meramec Caverns and Fanning Outpost. The first night will be at the historic Wagon Wheel Motel in Cuba.

Saturday stops include the restored Devil’s Elbow Bridge, the Uranus Fudge Factory, Route 66 attractions in Waynesville and, at 2 p.m., the threatened Gasconade River Bridge, which the Route 66 Association of Missouri continues fighting to save.

Upon arriving in Lebanon, the group will tour the Lebanon-Laclede County Route 66 Museum. On Saturday evening, Elvis tribute artist Brian Lee Dunning will perform on the patio stage at our own historic Munger Moss Motel.

Michael Boggs, a member of both the state and Laclede County Route 66 boards, said the concert is open to the public. Attendees should bring lawn chairs. “I think there will be a big turnout,” Boggs added.

Sunday morning, the Route 66 Society will serve doughnuts from 8 to 9 a.m. at Route 66-themed Boswell Park, with a presentation on the park’s Route 66 murals and restored Camp Joy cabin to follow.

Boggs said the Route 66 Association of Missouri will hold a board meeting, open to the public, following the Boswell Park events at a location to be announced. Plans for a quarterly membership meeting Saturday afternoon have been scratched because of time constraints.

Dozens of cars, trucks and motorcycles, old and new, are expected to participate. Register for the tour here. Copies of the 2020 Laclede County Route 66 Guide and Map will be included in the participants' packets.

Meanwhile, the Lebanon-Laclede County Route 66 Society is sprucing up its Boswell Park attractions before the event. Treasurer Cliff Claxton reported that Whitehill Enterprises charged $700 for cleaning and sealing the top of the original Route 66 mural, cleaning the donor mural and touching up the other two murals. Howard Fuller reported that he and his wife, Joan, cleaned, recaulked and touched up the paint of the restored Camp Joy cabin. “It’s in good shape again,” Fuller said.

And the city of Lebanon is installing an Americans with Disabilities Act-compliant sidewalk leading from the parking lot to the cabin. “It’s nice to see the sidewalk going in,” Route 66 Society President Bruce Owen said.

In a related matter, board member Bill Jones reminded the board that a location still hasn’t been found at the park for displaying some salvaged sections of original Route 66 curbing. “I just don’t want them to go to waste,” Jones said.

Also at Tuesday’s meeting, the board voted to sponsor the Route 66 part of an app being developed for the 2021 Missouri Bicentennial. Dame explained that the app will identify historic locations throughout Missouri, including those on Route 66. As travelers visit the locations, they can upload selfies to the app.

“It’s really a neat opportunity for a little group to be the Route 66 representative for the entire state,” Dame said.

She said the Lebanon-Laclede County Library, of which she is director, plans bicentennial activities throughout 2021.

Dame said attendance at the Lebanon-Laclede County Route 66 Museum has not dropped off much during the pandemic. Donations from museum visitors are “within a few dollars of what last year was,” she said.

International attendance is down except for a few visitors from Canada and “a fairly large group” from Mexico, but visits from throughout the United States have been strong.

“The museum is definitely hopping,” she said.

Board members also discussed a project that has been considered before: the possibility of painting the exterior of Speaker’s Mobil on Route 66 so it would resemble how it looked when it was open.

Although the closed station still is owned by the Speaker family, there is precedent for the Route 66 Society to paint a privately owned Route 66 landmark with the blessing of its owner. The former Underpass Café at Phillipsbirg is one example.

Speaker’s Mobil may be Lebanon’s only Route 66 landmark on land owned by the same family since Route 66 was built. Learn more about the station here.