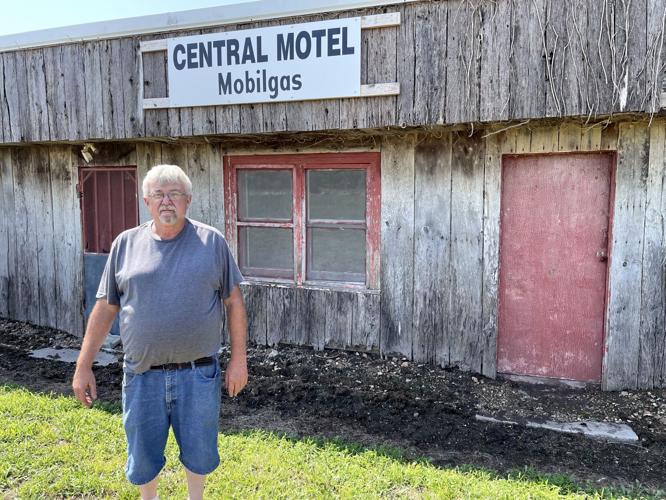 Rich Green in front of what he thought was the old Central Motel. 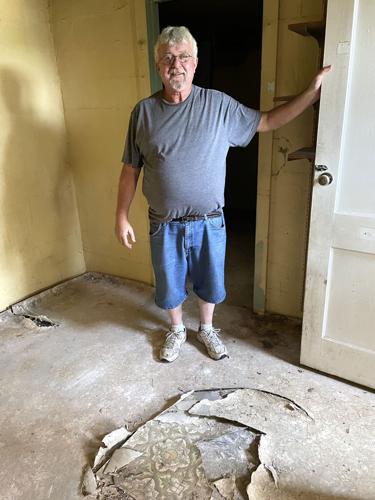 Rich Green inside a room. 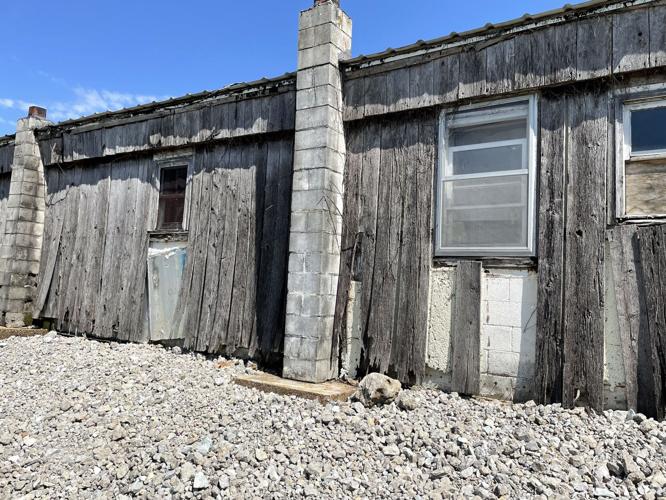 The back of the building.

Rich Green in front of what he thought was the old Central Motel.

Rich Green inside a room.

The back of the building.

Green owns a long-closed Route 66 motel two-tenths of a mile inside the Laclede County line, just east of Hazelgreen. Until Saturday, he thought it had been the Central Motel. A few years ago, he even posted signs identifying the vacant building as the Central Motel and The Wayside Inn, a popular bar that occupied the east end of the motel in the 1970s.

But Route 66 history can evolve as more information is obtained. The annual Laclede County Route 66 Guide & Map has identified the building in recent editions as the Central Motel, the first Route 66 business owned by the late Ed Lentz.

So, what was the name of the motel Green owns?

Green inherited the property from a cousin, Elva Lea Stewart Henson, and has lived in a building behind it for about five years.

The former Wayside Inn end of the building was the site of an indoor yard sale this weekend as part of the three-county Route 66 Yard Sale, and Green gladly gave this Route 66 historian a tour of the old motel rooms, later used as apartments and today in various states of disrepair.

Green said a gas station and garage may have stood to the east of the motel at one time. He has found two pits where mechanics could have stood to repair vehicles from below. He also has discovered part of what could be a foundation for a gas station.

Now that he knows that he doesn’t own the Central Motel, he is anxious to learn what old Route 66 motel he really does own.

“I’ll have to change my sign,” he said with a laugh.

“I want to get it right. I love history.”

Mystery solved: It never was a motel!

The mystery is over: The old motel with no name apparently never had a name and wasn’t a motel at all.