The Lebanon-Laclede County Route 66 Society grew out of a festival in Lebanon celebrating the 75th birthday of Route 66 on Sept. 8, 2001. That first festival was the idea of Bill Wheeler, then the event coordinator for the Kenneth E. Cowan Civic Center, and a local amateur-radio club.

The Route 66 Festival committee evolved into the Lebanon-Laclede County Route 66 Society, with the mission “to educate, preserve, promote and develop Route 66 in Laclede County.” The society was incorporated as a nonprofit with the State of Missouri on Jan. 9, 2003, and is now recognized as a 501 (c)(3), enabling donations to it to be tax-deductible.

Besides continuing the Lebanon Route 66 Festival, which was held annually for nine years, the society’s first major project was to campaign successfully for the new Lebanon-Laclede County Library to include a Route 66 museum. Society members even drew the preliminary floor plan for the museum, which today is visited by 14,000 Route 66 enthusiasts annually from all over the world. 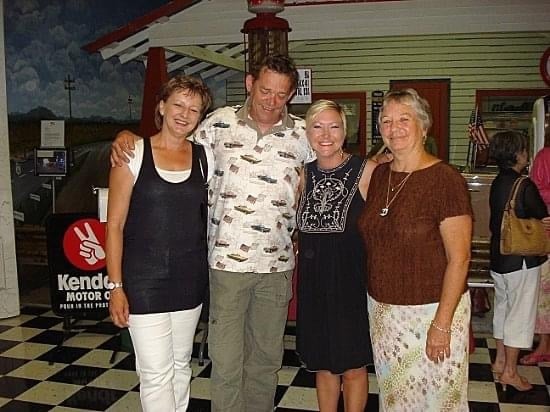 On June 22, 2010, the society held a dinner and unveiling ceremony for the last piece in the museum’s original plans: a diorama depicting the crossroads of Route 66 and Highway 5 in Lebanon, circa 1940. The diorama was begun in 2004 but not completed until Judy Wallmark, secretary-treasurer of the society, enlisted the skills of Willem Bor of The Netherlands to complete the project. Bor and his wife Monique personally delivered the scale model of the Nelson Hotel to Lebanon for the unveiling. In the photo above, from left, Monique and Willem Bor, Route 66 Society President Cathy Dame and Secretary-Treasurer Judy Wallmark.

In recent years, the society supported a project to build three Route 66 murals in Boswell Park, which the Lebanon Parks and Recreation Department redeveloped with a Route 66 theme. In May 2016, the society took over fund-raising for the $75,000 mural project. The first mural, depicting a 1957 Chevy on Route 66 at the entrance of Lebanon, was unveiled with a ceremony on Feb. 18, 2017. The second mural, a tribute to Laclede County and the Route 66 Gasconade River Bridge, was unveiled shortly after the 2017 Lebanon Route 66 Festival, and the third mural, a salute to the "Nelson Family Legacy" on Route 66, was dedicated with a ceremony May 6, 2018, at which the names of all 143 donors were read aloud. 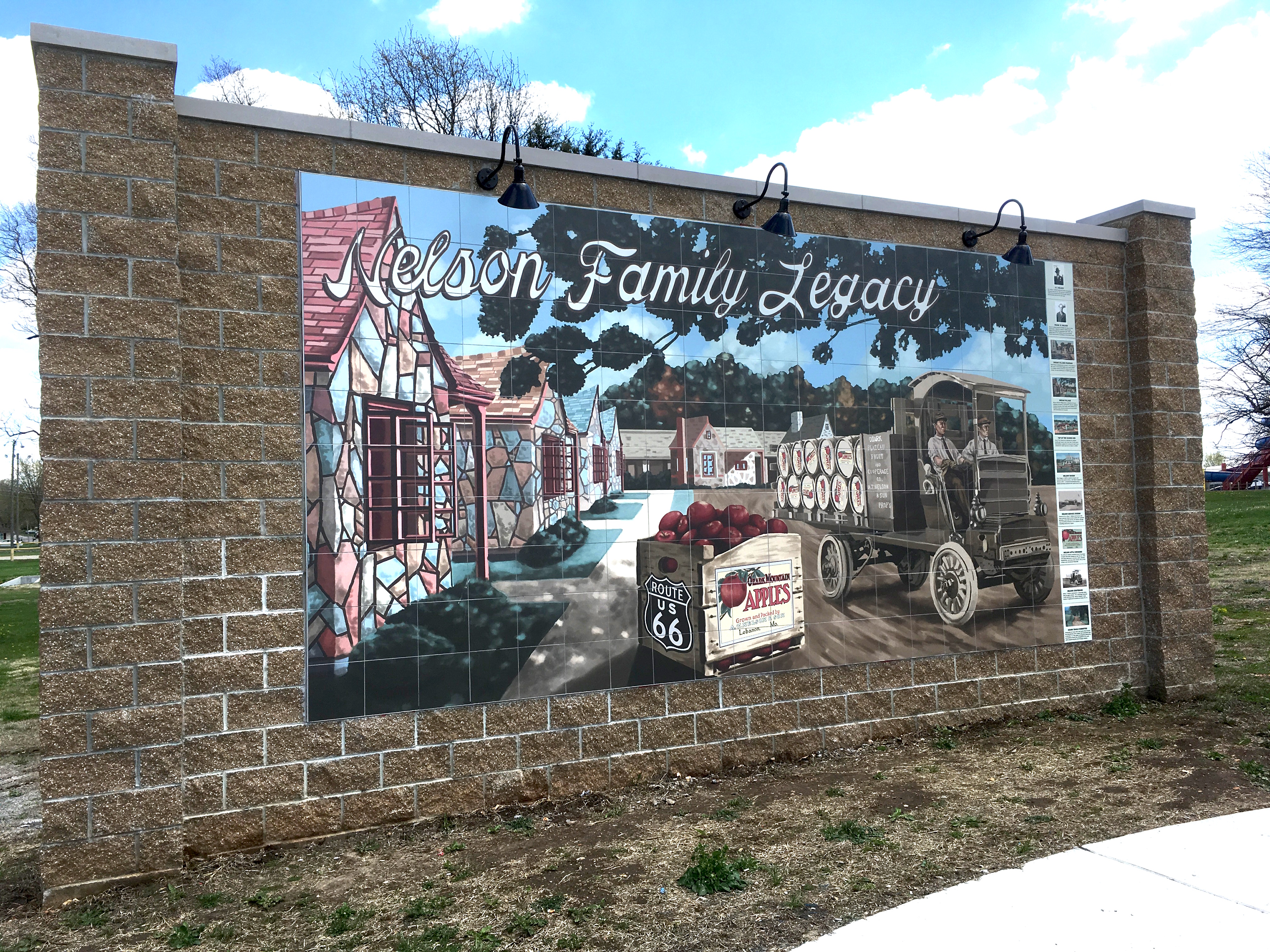 Today, the Lebanon-Laclede County Route 66 Society promotes Route 66 through many projects and programs in the community:

-- In 2021 the 14th Lebanon Route 66 Festival (fifth in a row) will be held on Father's Day weekend in partnership with the Lebanon Parks and Recreation Department, the City of Lebanon Tourism Department and the Lebanon Downtown Business District.

-- In 2019, the Route 66 Society finished restoring the exterior of the former Underpass Cafe at Phillipsburg. An informational sign was unveiled following the 2020 annual membership meeting.

-- In 2019 the Route 66 Society restored the last surviving cabin of Camp Joy, one of Lebanon’s first tourist camps, and moved it to the Route 66-themed Boswell Park.

-- In 2019, the Route 66 Society initiated the first three-county Route 66 Yard Sale in partnership with the Waynesville St. Robert Chamber of Commerce, the Webster County Route 66 Initiative, the Laclede County Record and Marshfield Mail newspapers and KFLW Radio. A second three-county, 100-mile yard sale was held in 2020, and a third is planned for 2021.

-- In 2017 the Route 66 Society launched a robust website with current and historical stories and pictures about Route 66 in Laclede County. The website and the Route 66 Society's Facebook page keep members and the public updated on our activities and local Route 66 history.

--Route 66 Society members speak about Route 66 to civic and school groups and serve as ambassadors to groups touring Route 66 in Laclede County.