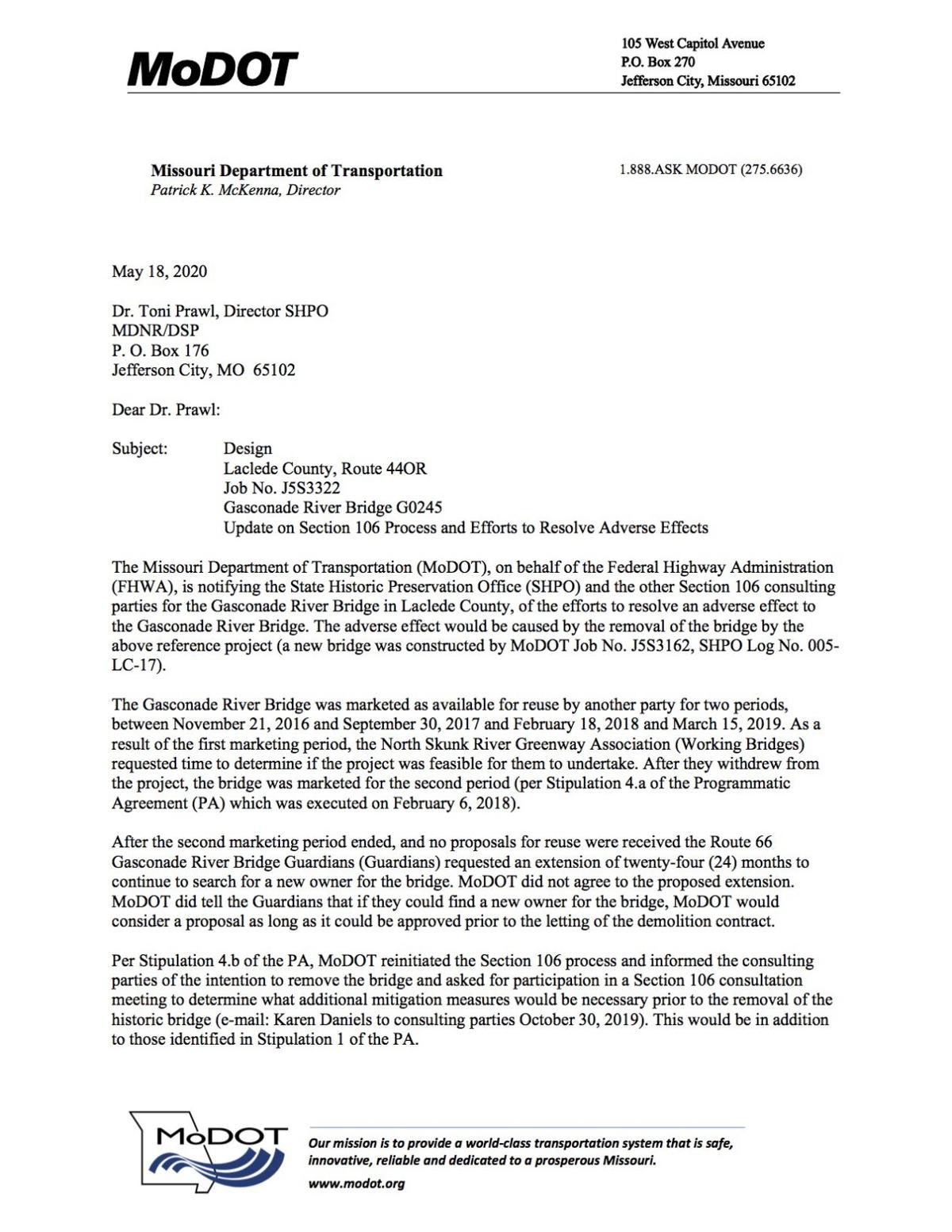 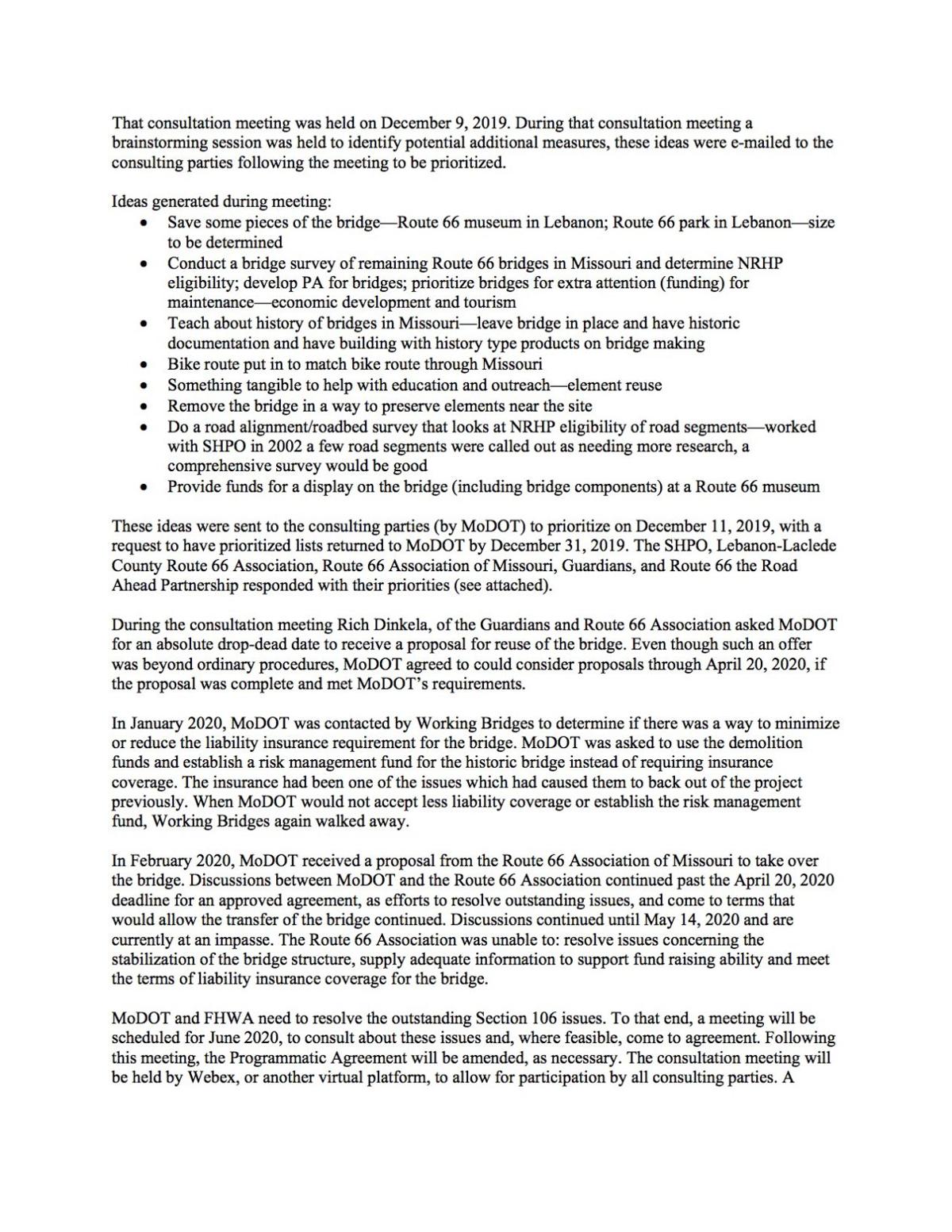 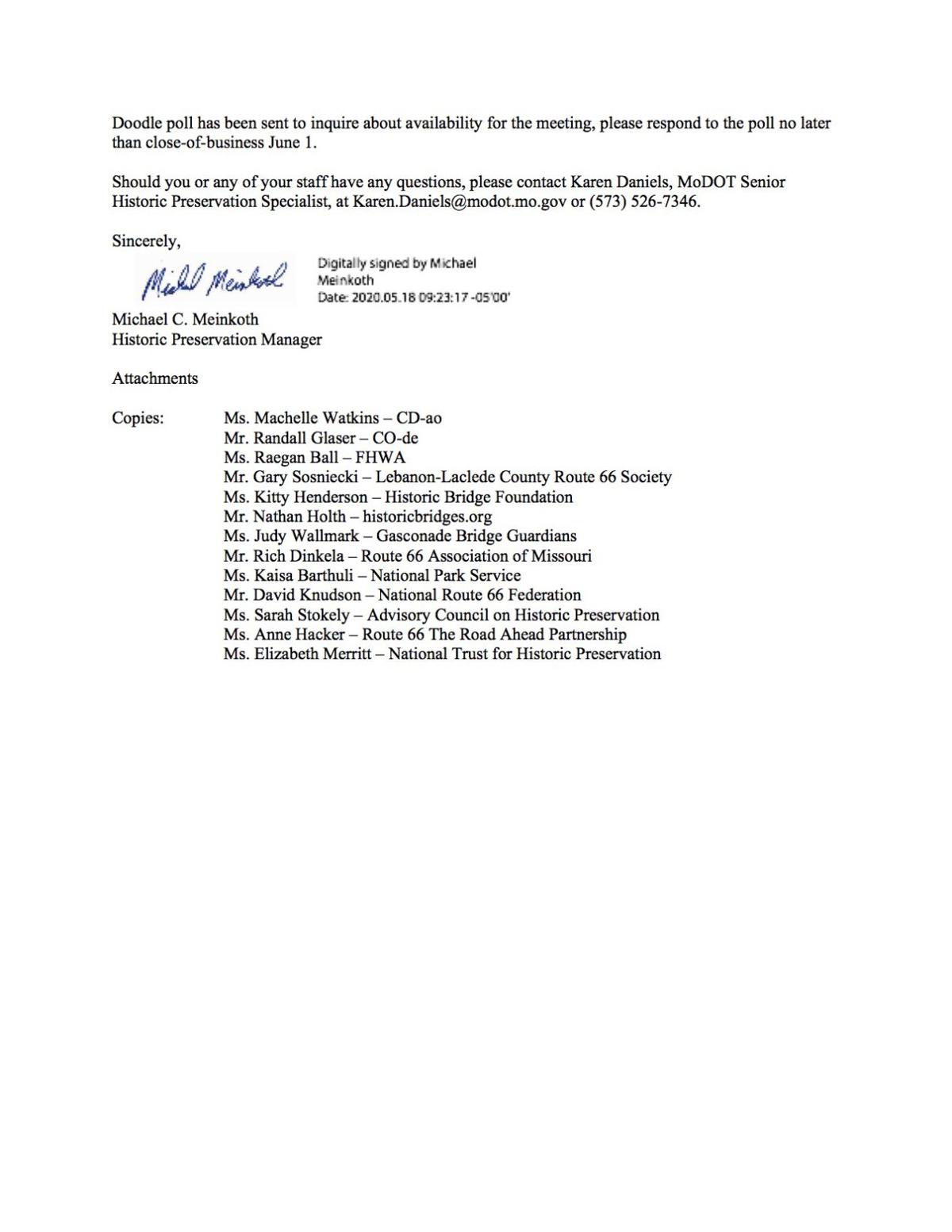 "The Route 66 Association was unable to: resolve issues concerning the stabilization of the bridge structure, supply adequate information to support fund raising ability and meet the terms of liability insurance coverage for the bridge," the letter said.

A copy of the letter, dated today, also was emailed to the Route 66 Association of Missouri, the Gasconade River Bridge Guardians, the Lebanon-Laclede County Route 66 Society and other groups that have been interested in saving the century-old bridge since MoDOT closed it in December 2014.

The letter outlined the history of efforts to save the bridge under new ownership as well as efforts to prevent “an adverse effect” to the Gasconade River if the bridge is removed. The letter also revealed that Workin’ Bridges, an Iowa-based nonprofit organization dedicated to historic bridge restoration, made a second attempt to acquire the bridge in January but “walked away” over insurance issues.

Eight ideas to temper the impact of bridge removal are listed in the letter, including saving some pieces of the bridge for either the Lebanon-Laclede County Route 66 Museum or the Route 66-themed Boswell Park. The ideas were generated at a “Section 106” consultation meeting of interested parties on Dec. 9. A second Section 106 meeting is planned before the end of June.

MoDOT originally planned to let bids to demolish the bridge last Friday, but the bid opening was withdrawn from the schedule earlier in the week.

That move originally was seen as a victory for those trying to save the bridge, but with today’s letter, it appears the historic bridge remains in jeopardy.